This is an interesting supplement and one that is sure to make most people’s heads do a double take when seeing it on the shelf. What exactly is a blood builder and how can it help you?

Well, despite the cool sounding name, a blood builder is basically an iron supplement.

For those of you who have already forgotten your high school biology classes, here is a quick primer on the role of iron in your body. 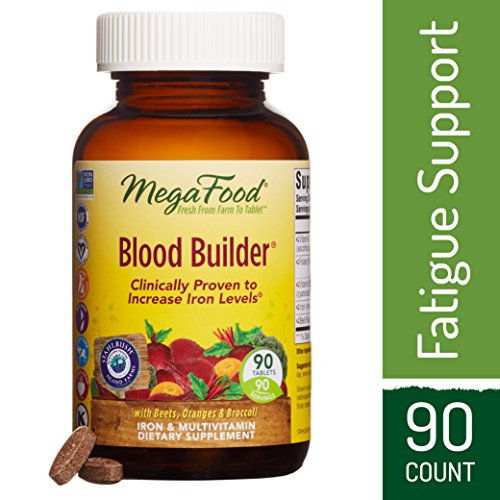 Iron is an essential element for blood production. Approximately 70% of your body’s iron is found in your red blood cells (hemoglobin) and muscle cells (myoglobin). Hemoglobin is necessary for transporting blood oxygen between your tissues and your lungs. Myoglobin takes and stores this oxygen for eventual release.

Further, another 25% of your body’s iron is stored in the form of ferritin which is found both in cells and also in the blood. When iron intake is chronically below replacement levels, these stores are depleted and hemoglobin levels can decrease.

The most common cause of iron deficiency is blood loss. Because of this, the most common at-risk population is menstruating women, particularly those on birth control, which can exacerbate menstrual bleeding. Iron loss during menstruation can vary widely, with some studies noting iron loss as low as 4mg to as high as 50mg.

For reference, every time you donate blood, you lose about 200mg to 250mg of iron. In men and post-menopausal women, gastrointestinal bleeding is the primary cause of blood loss and hence, iron deficiency. 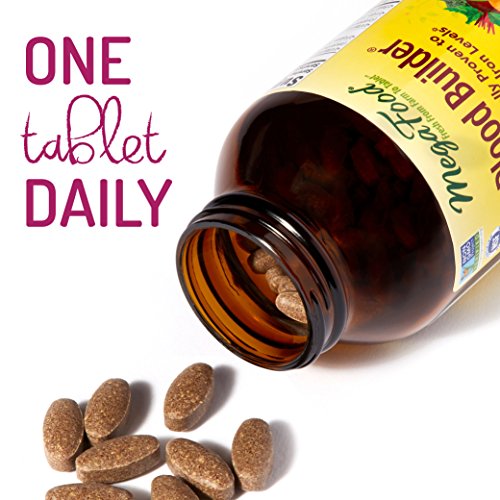 Chronic iron deficiency can lead to anemia, which results in a lower amount of red blood cells in the body.  Notable symptoms of anemia are lethargy, shortness of breath, paleness, and heart palpitations.

However, other causes of anemia such as sickle cell anemia can only be managed or require more advanced treatments.

Recently, however, another type of iron deficiency has come to light, known as a non-anemic iron deficiency or NAID. In this instance, the patient does not meet the official diagnosis of anemia, but still suffers from many of the symptoms, particularly fatigue and lack of energy.

Many people have depleted levels of ferritin and are ‘borderline anemic’, but do not receive the treatment they need because the test used (a Complete Blood Count test) shows that red blood cell levels are normal. However, it does not show that ferritin levels are depleted.

NAID has thus far been quite an overlooked area, but increasingly, more awareness is being paid to it. The European Journal of Haematology quite recently called NAID ‘a disease looking for recognition of diagnosis’. One study done showed that iron supplementation in non-anemic menstruating women experiencing unexplained fatigue showed that it was potentially beneficial. 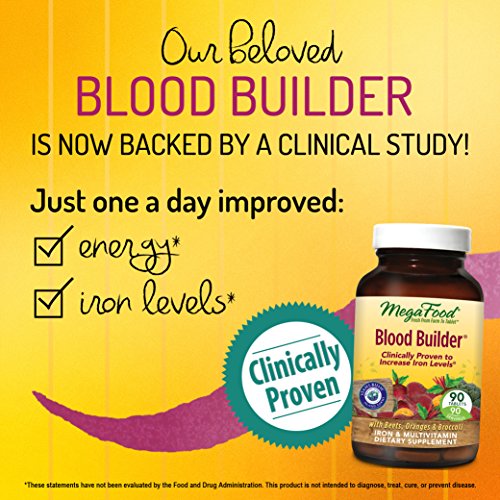 The United States National Institute of Health recommends a daily allowance of iron in adults of 8mg of for men, 18mg for women, and 27mg for pregnant women. You can see their recommended daily allowances for other age ranges as well here. While this level of iron intake seems very high, keep in mind that only about 10% of 30% of the iron you consume is actually absorbed by your body.

Most people are unaware of which foods are rich in iron. To give you a brief list, meat, poultry, seafood and vegetables (particularly lentils, beans, and dark green leafy vegetables) are all good sources of iron. Again, the National Institute of Health has a handy table of food sources of iron and their respective amounts.

So iron is found in many foods but despite this, it is estimated that about 20% of women, 50% of pregnant women, and 3% of men (remember their higher ferritin storage) suffer from iron deficiency. And one way to remedy this is through iron supplements.

And one of the most popular iron supplements on the market today is Megafood’s Blood Builder.

In today’s review, we will be taking a detailed look at the product, who it is suitable for, and whether it is worth your money.

Although perhaps not the best-known supplements company, Megafood has actually been around for decades, dating back to 1973. The company’s focus has always been on whole food supplements, with a focus on the ‘wellness niche’. Hence their products tend to trend to be as organic and non-GMO as possible.

Megafood Blood Builder is a specific vitamin and minerals supplement. Its ingredients are designed to combat anemic symptoms (even without an official anemia diagnosis) caused by deficiencies in iron or Vitamin Bs.

The information below is presented on a per tablet basis.

In addition to the primary ingredients above, Megafood Blood Builder also contains stearic acid and cellulose. Stearic acid is used as a binder in tablets while cellulose is a plant-based fiber used as a coating ingredient.

At 26mg of iron per tablet, one single tablet will exceed the recommended dietary allowance of iron for both men and women and about equal that for pregnant women. The iron in Megafood Blood Builder is delivered in the form of Saccharomyces cerevisiae, which is a type of yeast.

Many iron supplements come in the form of ferrous sulfate, however, in accordance with its ‘natural’ philosophy, Megafood opts to use an organic substance as the delivery mechanism.

The small amount of Vitamin C in the product appears puzzling, but its main purpose is to enhance the bioavailability and absorption of iron. In particular, when it comes to nonheme iron (non-meat iron sources), ascorbic acid plays a key role in absorption.

As mentioned previously, anemia and anemic symptoms can also be caused by a lack of folate and Vitamin B12. Hence, Megafood Blood Builder includes both vitamins. For reference, DFE in the table above stands for ‘Dietary Folate Equivalent’ which was developed by the Food and Nutrition Board to reflect the higher bioavailability of folic acid compared to folate.

Hence, you will see above that 400mcg of folic acid leads to a higher equivalent of 683mcg of DFE.

The National Institute of Health publishes its recommended dietary allowances for folate and Vitamin B12 here and here. Adults, both male and female should eat 400mcg DFE, increasing to 600mcg DFE for pregnant women. For Vitamin B12, all adults should consume 2.4mcg daily; 2.6mcg for pregnant women.

Hence, Megafood Blood Builder contains more than the recommended daily requirement for folate and many, many times that for Vitamin B12. Megafood’s philosophy with this product is to pair each vitamin and mineral with an ideal whole food. In the case of folate, Megafood uses broccoli for folate and Saccharomyces cerevisiae for vitamin B12.

However, there is one thing we should mention, and that is the use of synthetic vitamins in the product.

Despite the use of whole foods such as broccoli for folate and organic orange for vitamin C, Megafood does supplement these natural vitamin sources with the synthetic forms, namely ascorbic acid for Vitamin C, folic acid for folate, and cyanocobalamin for Vitamin B12, in order to obtain the high amounts seen in this product.

While synthetic vitamins are generally safe, there are some studies that have linked high folic acid consumption with increased cancer outcomes and all-cause mortality. Hence, we feel that it is our duty to mention this as many reviewers, particularly those who are very committed to the all-natural and organic lifestyle, that find this to be negative.

Note that the iron present is all natural, it is only the vitamins that contain some additional synthetic forms.

You will also notice that the product contains some beetroot. Beetroot is a good source of both iron and folate however at the small amounts present here, it is unlikely to make much of a meaningful contribution to the overall vitamin and mineral levels. Beetroot is also good sources of nitrates, which can help with exercise performance, but again, at such low leve, s any such effect would be negligible.

While taste isn’t huge factor when it comes to tablet products, it is still worth a mention. While the tablet size of Megafood Blood Builder isn’t particularly large, it is also not coated which means you will likely get a taste of it, at least momentarily, as you swallow it. And unfortunately, the taste is quite unpleasant, with many reviewers additionally noting a distinct and unpleasant aftertaste.

If you aren’t the kind of person who can swallow 8 tablets simultaneously with the smallest gulp of water, we recommend you take this one with some sort of flavored drink to mask the taste.

Megafood Blood Builder is available in packaging sizes of 30, 60, 90, and 180. You can also choose ‘frustration free’ packaging, which of course comes at a slight premium. On a per tablet basis, the price ranges from as low as $0.31 to as high as $0.49, depending on which option you choose.

At only one serving per day, this is not particularly expensive and if you have noticed anemic-like symptoms, would be more than worth your money. 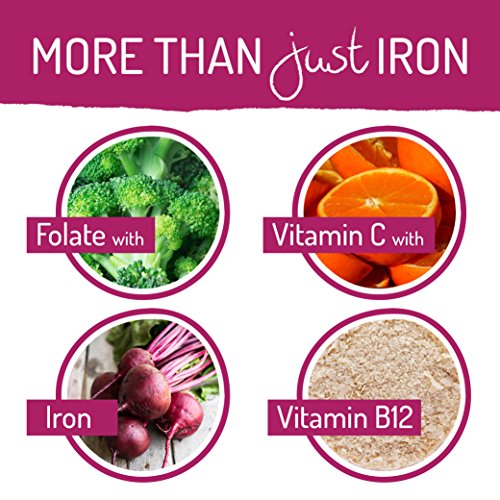 In particular, if you are one of the ‘at risk’ populations for iron deficiency, namely menstruating and pregnant women, then this supplement may help if you feel you are lacking energy.

Megafood is known as a natural supplements company, but you should be aware that this product contains a significant amount of synthetic vitamins. The taste is also unpleasant, although it shouldn’t be too much of a factor given that it is a tablet.

And finally, note that it is possible to take too much iron, and if you have excessive iron intake, your body regulates it by lowering its absorption. Iron poisoning is a real thing and its symptoms include nausea and intestinal discomfort and may even lead to iron build up in organs and tissues (which over time increases the risk of diabetes, heart failure, liver problems, and cancer).

Iron overload also leads to increased cancer risk particularly colon cancer. The body has no way to dispose of excess iron except through blood loss.

The takeaway is this, use Megafood Blood Builder wisely. Don’t treat iron supplements as you would your common Vitamin C supplement where you can pop it two or three times a day ‘just in case’. Take this product only if you are sure you have an iron or Vitamin B deficiency, especially if you are from one of the ‘at risk’ groups (or a regular blood donor).