Home
Supplements
Alpha Brain Review: Think You Can Supercharge Your Brain with Supplements?

Do you find your brain is a little fuzzy and you lose focus after a hard day at work? As we age our mental performance and memory begins to slow down. Although we continue to develop new neurons throughout our lives, our brains reach their maximum size during our early twenties. Over time it slowly declines in volume and the blood flow to the brain starts to decrease. It’s a little depressing right?

Thankfully many research studies have shown that our brains are capable of regrowth and retaining new knowledge and skills throughout life with regular physical and mental exercise. Good nutrition also plays a major role in keeping a sharp and intelligent mind throughout life.

Many companies have become to develop dietary supplements to help meet the memory and mental performance focus that people need in their over-stimulated lives. Onnit is one of these companies. Onnit was founded in 2010 with the goal of developing cutting edge nutritional supplements for athletes and everyday people alike.

In July 2011 Onnit released its flagship product, Alpha BRAIN, a cognitive enhancer that has been well received throughout the dietary supplement industry. 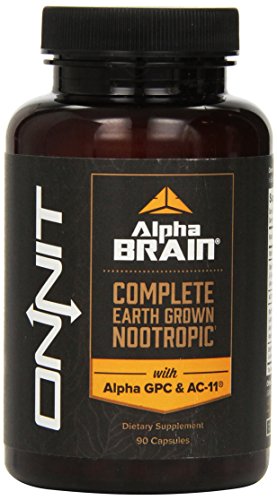 Alpha BRAIN is the flagship cognitive enhancer by Onnit that is comprised of research-based, earth-grown nutrients, amino acids, and vitamin B6. Unlike many dietary supplements, Alpha BRAIN has undergone two double blind and peer reviewed trials at the Boston Center for Memory to show that the product can help significantly improve multiple areas of cognition. 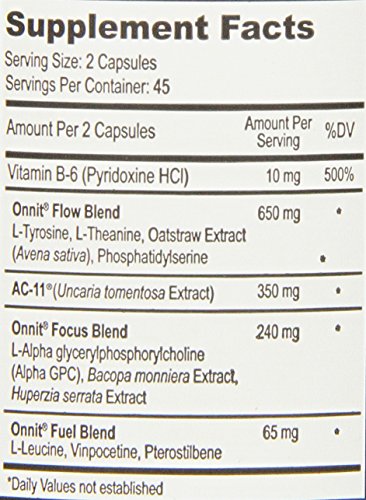 The first question people immediately think when hearing about a new product is always whether the supplement actually works. We’re all looking for a quick fix. We’re busy humans after all. So, does it work?
It depends.

If you consume a regular diet of mainly fruits, vegetables, healthy fats, and protein then you probably won’t benefit much from Alpha BRAIN as you are already consuming enough choline and healthy nutrients. Add in the right amount of sleep and exercise then you’re doing quite well.

However, most Americans live on fast food, lack of sleep, and a large dose of stress and could benefit from taking Alpha BRAIN. Alpha BRAIN does contain multiple ingredients with strong scientific research behind it while a couple ingredients are truly questionable at best. Several studies have indicated that Vitamin B6 can be helpful if absent in one’s diet. Most people do consume enough of it through their regular diet.

Other research studies have indicated that the amino acid L-theanine can cross the blood-brain barrier easily and is capable of increasing brain dopamine and possible serotonin. Other studies have also concluded that L-theanine can have a significant effect on the general state of mental alertness or arousal.

Despite the several key ingredients with scientific backing, other ingredients like bacopa monniera are lacking in quality evidence. Bacopa monniera does hold promise in improving cognition; however, the amount in Alpha BRAIN is minimal.

To have any real effect on your cognitive function you would need to consume a much large dose with a fat source as bacopa monniera is a fat-soluble nootropic. There is little evidence on whether AC-11 has any effect on the brain or not.

So, Does it Work?

So, does it work? Let’s ask our reviewers. Almost all our reviewers had a positive experience with Alpha BRAIN. Everyone felt that they had improved cognition, focus, and mood. One reviewer found that Alpha BRAIN helped her focus more on the task on hand rather than worry about the 100 other tasks she needed to finish that day. It greatly helped her with her stress and anxiety levels.

Another reviewer who was very skeptical at first due to the clinical study design became a believer after 30 days of taking the product. After only a few days he felt his thinking was overall sharper and he was able to focus more at work.

A few reviewers complained that Alpha BRAIN would occasionally cause headaches and/or feelings of restlessness. Others discovered that if they took their dosage too close to their bedtime that they experienced vivid dreams. Onnit recommends taking your dosage over 4-6 hours prior to your bedtime for this reason.

While many dietary supplements have been deemed unsafe in the recent years due to heavy metal toxicity and incorrect labeling, Alpha BRAIN is relatively safe. Onnit uses a third party laboratory to test and ensure all its products and ingredients are free of banned drugs and other harmful ingredients that could lead to health concerns.

In addition to its third party testing, Alpha BRAIN only contains ingredients in safe dosages recognized by the FDA. Of course, if you have any allergies or are sensitive to any ingredients it is important to carefully review the ingredient list before taking the product.

You should be able to purchase the product cheaper online though. Alpha BRAIN might not be affordable for many people on a strict budget.

Despite its high cost, we do love Onnit’s money back guarantee, which is rare in the dietary supplement industry. Onnit is the first and one of the few supplement companies that offer such a generous feature.

If you’re looking for a little afternoon pick-me-up that leaves you more focused and relaxed without the effects of caffeine than Alpha BRAIN is worth trying. The product is safe and is backed by several scientific studies that have indicated that the product is effective in increasing your cognitive functions over time.

However, if you’re on a budget or are prone to weird dreams then you might want to skip Alpha BRAIN. All our reviewers believed that Alpha BRAIN helped improve their memory, focus, and mood so why not give it
a try?