Home
Supplements
Benefits and Side Effects of Beta Alanine – Is it Worth it?

Body builders and performance athletes are constantly trying to find the magic bullet that will make them run faster, jump higher and perform quicker. The biggest problem faced by endurance athletes is the continual wear and tear on their body.

When at the height of training, they just don’t have time to take the time necessary to allow their bodies to rebuild. A highly competitive arena, if you aren’t forging ahead, you are falling behind. Many “miracle”supplements have come and gone.

What sometimes looks like a panacea, turns out to be riddled with side effects that are more harmful than the benefits of the supplements themselves.

Those who are looking for the best performance enhancing substances are best served when they use those elements that are found naturally in the body, and replenish them quickly when depleted. Beta Alanine is one such supplement that has shown marked success for athletes across the board.

What is beta alanine? 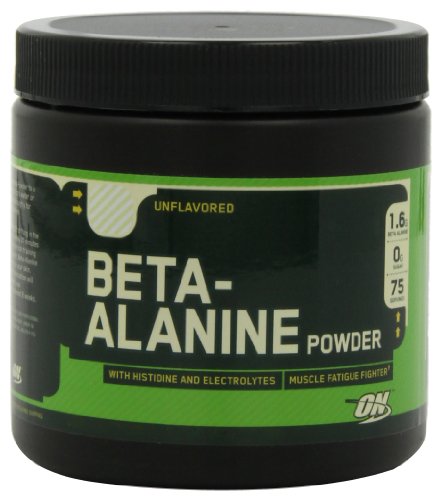 Beta alanine is a naturally occurring amino acid in the body. There is much debate in the scientific community about its legitimacy as a neurotransmitter because it works in much the same way. Part of the histidine dipeptides anserine and carnosine, it is also a component in Vitamin B5, also known as pantothenic acid.

The structure of the molecule is somewhere in between GABA and neurotransmitters L-glycine. That may be the reason that many who supplement with it will report a “caffeine buzz”like feeling.

Beta alanine can be produced in the body in only three ways. It can either be a byproduct of the reaction converting L-alanine to pyruvate, or released when there is a breakdown of histidine depeptides. The third way is through the digestion process.

The microbes of the intestines work by removing the carbon atom form L-aspartate. That results in the release of CO2 and beta-alanine. When you supplement with beta-alanine, it is able to pass from the bloodstream to the skeletal muscular system through a taurine and beta-alanine transporter.

The ability of it to do so, however, is dependent upon there being sufficient amounts of chloride and sodium available. Once it is able to enter into the muscular skeletal system, it binds with L-histidine, an essential amino acid. It is through that bonding that performance is enhanced, and fatigue is put at bay.

Why is Beta Alanine a good supplement for performance and endurance athletes?

Carnosine is one of the most powerful antioxidants identified. It is the first line of defense against the build up of hydrogen ions (H+). Hydrogen ions are the substance that is produced during high intensity workouts.

It is responsible for lowering pH in the muscle cells that eventually leads to muscle fatigue and failure. It has properties which effect muscle excitation and enzyme function. In layman’s terms, it is the thing that makes your muscles stop contracting and working properly.

Another benefit of carnosine is that it is associated with a higher percentage of fast twitch muscle fiber, or Type II muscle fiber. That is why you will find a higher level of carnosine in sprinters and athletes that have high intensity and power.

What are the benefits of taking beta-alanine? 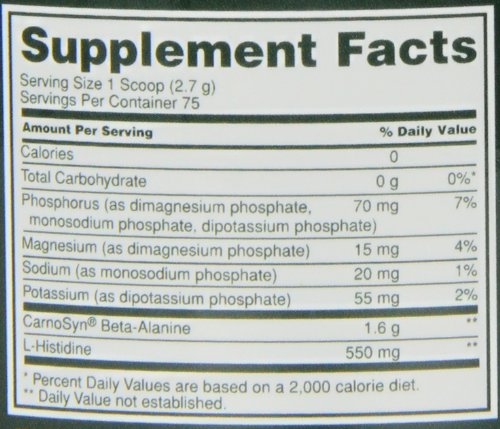 Studies done on athletes who supplement with beta-alanine have shown a marked increase in their performance levels. They are able to only go faster, they are able to go longer. It has been shown to:

Beta-alanine is an excellent supplement for high intensity athletes who are looking to curb muscle fatigue to push harder and longer, but it is also good for non-athletes. By maintaining a healthy level of lean muscle mass in the body, your systems function better and you are able to maintain a healthier weight.

A higher concentration of lean muscle mass is also associated with higher bone density. It is a good overall supplement for just about anyone looking to get stronger and last longer.

What are the side effects of Beta Alanine?

Anytime you take any supplement it is always important to weigh the benefits of use against any risks associated. The biggest side effects to use is something called paresthesia. Individuals who experience it, liken it to walking on “pins and needles”.

As the amount ingested increases, the incidence of those who experience paresthesia does too. When you take it on an empty stomach, your blood concentrations will increase, which can lead to paresthesia or a sensation of stimulation, much like caffeine. The long term effects of taking it as a supplement are just not documented well enough.

A Beta Alanine product with minimal side effects that I like is this Beta-Alanine Powder on Bodybuilding.com or on Amazon.com here.