With nearly half of Americans dieting at any time, it’s no surprise that the South Beach Diet and Paleo have both climbed in popularity and remain so today. Of those twenty years old or older, forty-nine percent said they were currently, or had tried to diet within the past calendar year.
By comparison, only forty-three percent of Americans reported dieting from 2007 to 2008, and CDC records show us that the number attempting or actively dieting has steadily increased over the past decade.

There’s one problem: many diets don’t work. While it is difficult to estimate exactly how many diets fail or succeed, in part due to reporting bias, some studies have found that as many as ninety-five percent of dieters either give up or regain weight within the first five years. That means that as little as five percent succeed at long term weight loss.

But it’s not all bad news. In fact, the main reason people do not succeed at diets is because they are going on diets that are not practical in the long term, do not fit their lifestyle, and do not teach them healthy habits.

But where does the South Beach Diet fall compared with the so-called Paleolithic diet? We’ll investigate what both diets have to offer–for long and short term weight loss, but also the overall quality and how easy they are to follow.

The main differences between South Beach and Paleo are:

Why do most diets fail?

If you’re looking at the South Beach Diet vs Paleo, you want it to succeed, and you’re looking for long term results probably–not just a quick fix. If you feel discouraged by past attempts at dieting or what some studies say, take heart: by being aware of the top reasons diets fail, you can make your chances of succeeding greatly improved.

Spotting a fad diet is not so difficult once you think about it. Fad diets promise to hold all of the answers and force you to eat in perhaps a way you, and others around you, never have in your life. Fad diets not only are more likely to fail, but they can health consequences too. Many do not supply sufficient nutrients, and may even cause long term psychological issues for anyone prone to developing an eating disorder.

How do I choose between South Beach Diet and Paleo?

The good news is that, when followed correctly, neither South Beach Diet nor Paleo are fad diets. Both have extensive plans filled with healthy nutrients and help guide towards long term weight loss, as opposed to rapid weight loss. But there are some key differences between the diets.

In order to compare between the two diets, we’ll take a look at the core philosophy behind the diets and a handful of factors critical to both short and long term weight loss.

1. What is the general philosophy of the South Beach Diet vs Paleo?

When looking at the basic philosophy of a diet plan, we’re concerned with both the how and why: what nutritional basis the plans are based upon, and how it works.

Verdict: It’s (practically a tie). Both have their pluses and problems. South Beach Diet is overall slightly more balanced once you get to Phase Three–but both are higher protein and fat diets than the typical average American diet. The first phase of South Beach Diet may be encouraging, but the pace of weight loss is slightly concerning (not all dieters experience this and much of it might be water loss). In terms of the paleo diet, there is mixed evidence about high-fat diets, but they do promote healthy fats. Unlike what some might believe, paleo is not a meat only diet and, like the South Beach Diet, has a healthful amount of fruits and vegetables. As we explore further into what you’d eat on both plans, we’ll make a more detailed verdict. 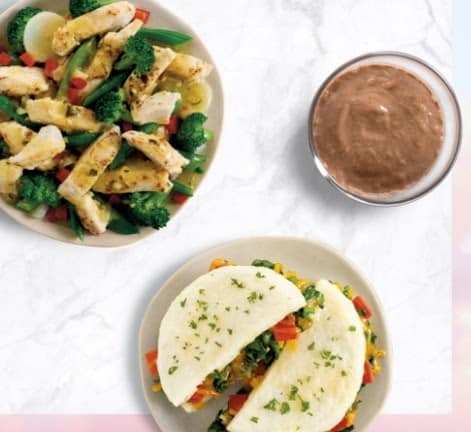 What you eat is also of course important. While we’ve already touched on this some, we’ll take a look at a typical day on both diets.

Which is better? In terms of easy to follow, both are fairly easy, but with the Paleo diet, you can eyeball what you need without consulting much of anything. The South Beach Diet is a little more specific, and you also have a longer list of foods you are focused on not eating in the initial phase. That said, Paleo is even more low carb than South Beach. One nice thing about the different phases on South Beach is that you slowly add back in carbohydrates–Paleo restricts even fruit more. While Paleo is more intuitive, it is overall a bit more restrictive. Another thing to keep in mind is that, if you’re on a vegetarian or vegan diet, South Beach Diet is by far the more friendly option.

3. Which one is better for weight loss? 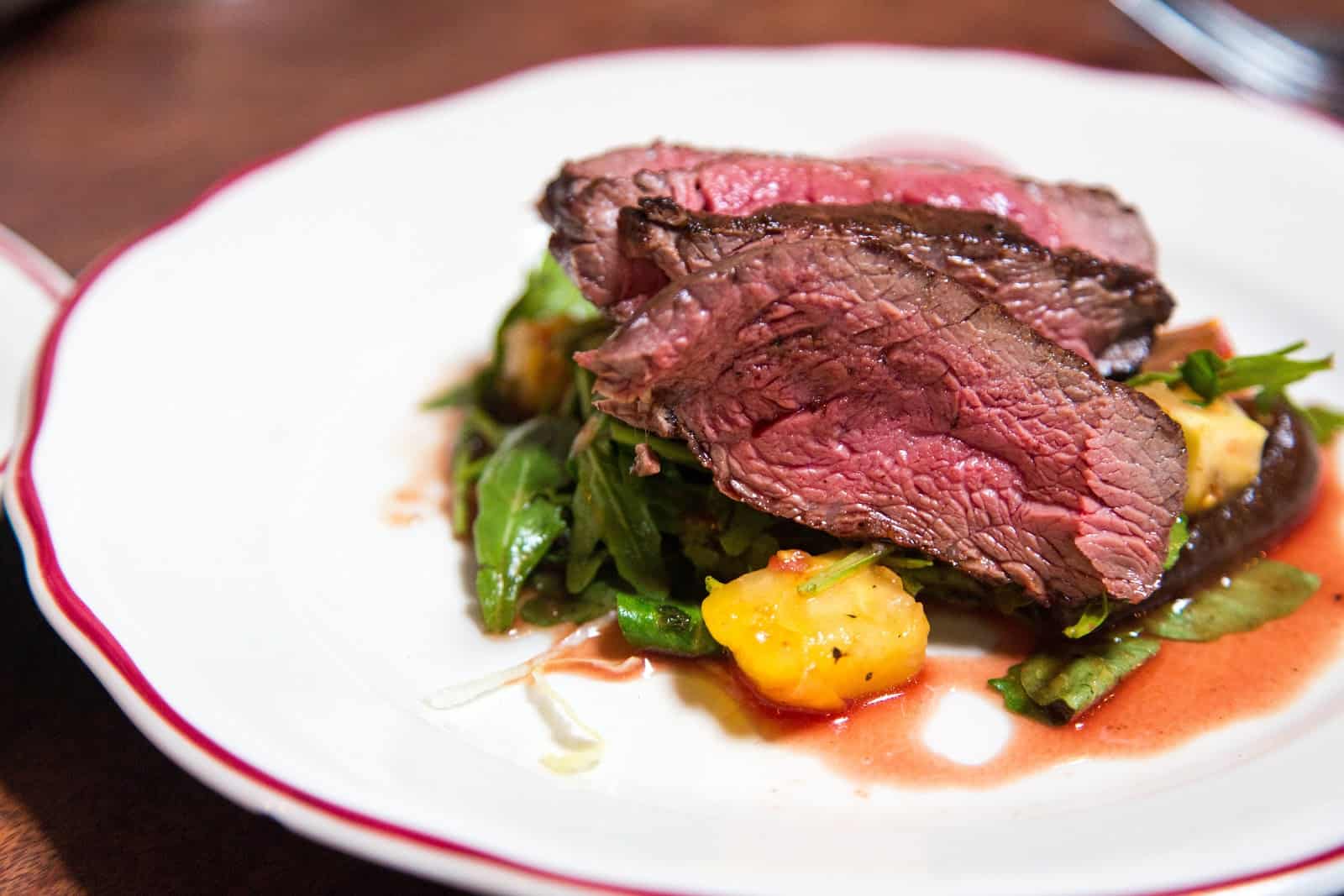 One question on nearly everyone’s mind is which one produces better results in terms of weight loss. In fact, both have had dieters succeed and fail–and while Paleo does not set a weight loss rate you can expect, both, as low carbohydrate diets, may promote faster weight loss initially. Multiple studies back up both approaches, as least in terms of lower carb, higher protein approach, for long term weight loss. That said, it mostly depends on which fits your lifestyle and diet preferences more.

4. Can I order meals for either?

5. Is one healthier than the other?

It’s obvious that there is a good deal of overlap between Paleo and South Beach Diet’s approaches. When compared on a nutritional basis, that depends on how you do it. Both do incorporate fresh produce, which is important for essential vitamins and minerals, as well as phytonutrients.

Overall, what do we recommend? 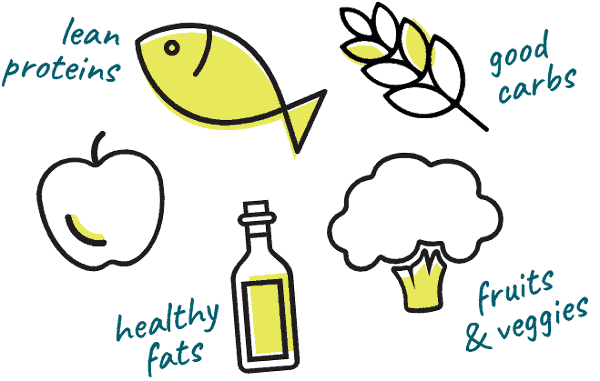 Bottom Diet: If we had to choose between the two diets, we’d opt for the South Beach Diet for most people, simply because the final phases are a little more balanced, and it’s also easier to incorporate dietary preferences such as vegetarian and vegan.

While the studies linking risks to Paleo are far from conclusive, they do point to a reason for caution.

If followed more moderately it’s possible most of those risks associated with Paleo could be mitigated. If you think Paleo sounds more of your thing, we highly recommend you opt for a meal delivery service so you make sure you’re getting nutritionally sound and balanced meals to at least jumpstart your diet. And if you’re doing Paleo on your own, be sure to check out the official site for recipes and more.

Another question: which diet, if either, do you see following long term? Remember that weight loss is just the first step, with weight maintenance being the ultimate goal. Once you lose weight, keeping it off is the hardest part.